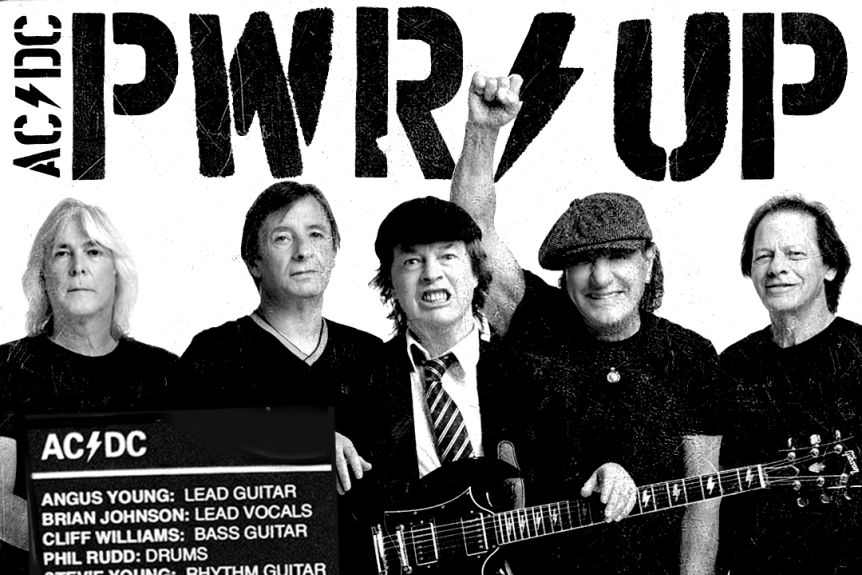 AC/DC have further teased their comeback with cryptic PWR UP posters and a website.

The iconic rock band shared a video of a lightning bolt, like the one from their logo, on their Twitter page on Monday (28.09.20).

Since then, a poster has appeared with “PWR UP” on it outside Sydney’s Ashfield Boys High School, where guitarist Angus Young attended.

Australian radio station Triple M Rock posted a picture of the poster on their Instagram page.

They captioned the post: “This poster has popped up outside Angus Young’s old High School. What are AC/DC up to?”

What’s more, fans are being directed to sign up for the latest news on the ‘Thunderstruck’ rockers by entering their details on the pwrup.acdc.com website.

The teasers come after photos appeared on the band’s website, before being taken down, showing singer Brian Johnson and drummer Phil Rudd seemingly back in the band.

Frontman Johnson was forced to quit the group in 2016 on doctor’s orders due to progressive hearing loss, with Guns N’ Roses frontman Axl Rose filling in for him on tour.

While drummer Rudd was replaced on the ‘Rock or Bust’ tour in 2015, after pleading guilty to a threat to kill charge and for possession of methamphetamine and cannabis.

Johnson is known to have been back in the studio with his bandmates working on a new record.

He spilled: “I had dinner with [AC/DC singer] Brian [Johnson] recently, and we talked about [the band’s return to activity].

“The original – I don’t say the ‘original’ guys, because a lot of ’em are gone, but I say the ‘classic’ lineup is back together and there are some surprises, which I can’t talk about, regarding Malcolm Young that just had my jaw on the floor.

“I will say he will be present. So this is AC/DC as we know and love them.”