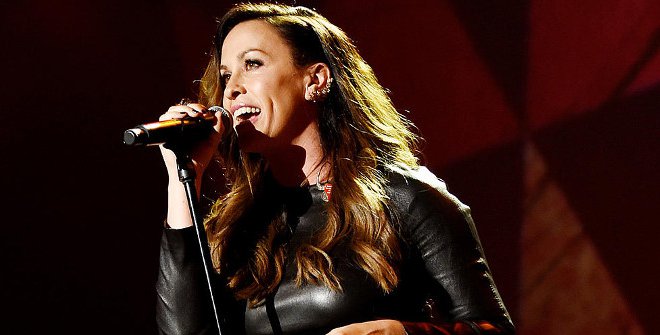 Alanis Morissette fears she’d have died young if she did not have a “whole team” of therapists.

The 46-year-old star has survived eating disorders, and an alcohol problem, as well as postpartum depression after the birth of her third child last year (19).

And the Ironic hitmaker fears that without intensive therapy she’d have become another rock and roll casualty.

“If I didn’t have a whole team of therapists throughout my life, I don’t think I’d still be here,” the Ironic singer tells The Guardian newspaper.

The star says she once believed success would cure her mental health issues – but found fame was not all it was cracked to be and that she was shunned by other stars.

“I was sold that fame would be a panacea to solve all problems, that I’d be singing Kumbaya with my celebrity friends,” she adds. “I thought I was gonna phone Bjork and Tori (Amos) and all of us were gonna love each other. I reached out to a lot of people. Often I was met with: ‘Why are you calling me?'”

In addition to therapy, she also works through her issues by writing music, and releases a new record, Pretty Forks in the Road, on 31 July.

“Songwriting is an exercise in letting the unconscious out,” she explains. “I live my whole life, then I take 10 minutes to write the story of it.”