Metallica credit Bob Rock with getting James Hetfield to “open up” 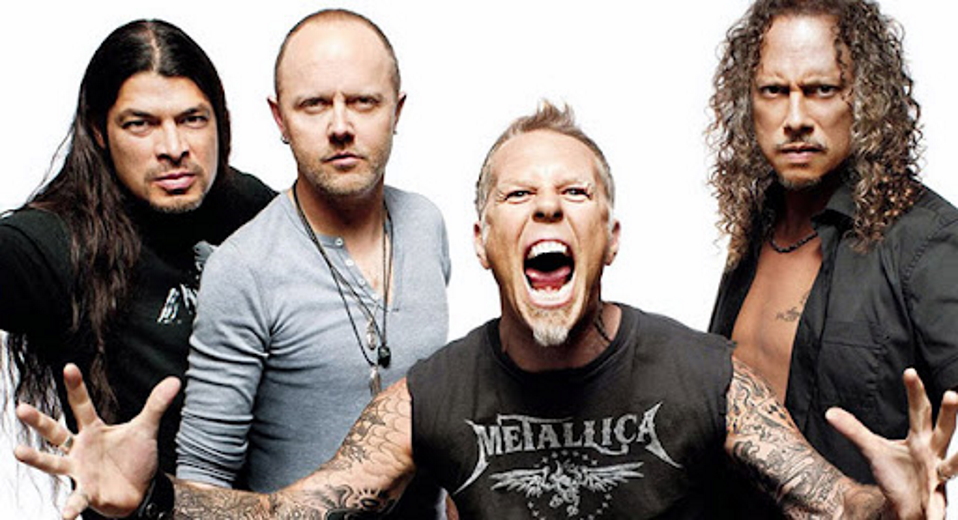 Metallica credit Bob Rock with getting frontman James Hetfield to “open up”. The iconic Canadian producer, engineer and musician was brought in to oversee the thrash metal icons’ 1991 self-titled album (more commonly known as ‘The Black Album’), which has been reissued and honoured with a star-studded 53-track covers tribute collection to mark the 30th anniversary of the seminal record.
And drummer Lars Ulrich, 57, has admitted they were “hesitant” about working with Bob because they were anti-establishment, and the ‘Enter Sandman’ hitmaker never expected to continue working with him for 15 years, after they walked out on him in the studio when they completed ‘The Black Album’ – which marked a more commercial direction for the band.
In an interview with The Sun newspaper, the sticksman explained: “Everything that had fuelled Metallica gave the middle finger to producers, record companies, the business, so we were hesitant about working with him. As we started understanding that Bob was trying to help us fulfil our ambitions, it settled down.
“He brought in words like ‘soulful’ and got James to open up as a singer. “But I still didn’t know if we’d see him again when we walked out of the studio after a year spent making the album.
“Only when we had the experience behind us did we become best friends and carried on working together for 15 years.”
Bob went on to producer 1996’s ‘Load’, 1997’s ‘ReLoad’, the 1998 covers LP ‘Garage Inc.’, and 2003’s ‘St. Anger’.
The studio wizard – who has also produced records for the likes of Motley Crue, Bon Jovi, Aerosmith, and David Lee Roth – shares the same sentiment as Lars, having previously recalled how much more “deeper and intense” James’ lyrics became.
He reflected: “It was quite a change. These guys, they were deeper. More intense. There were times when I was thinking about James’ lyrics. I was thinking, ‘This guy’s as good as anybody.’ He’s intense. He’s deep. I didn’t grow up on Metallica. I just came in to help them with a record … With Metallica, they were just guys to me. I didn’t cater to what they were. I catered to what they wanted to do. That’s ultimately what a producer is.”