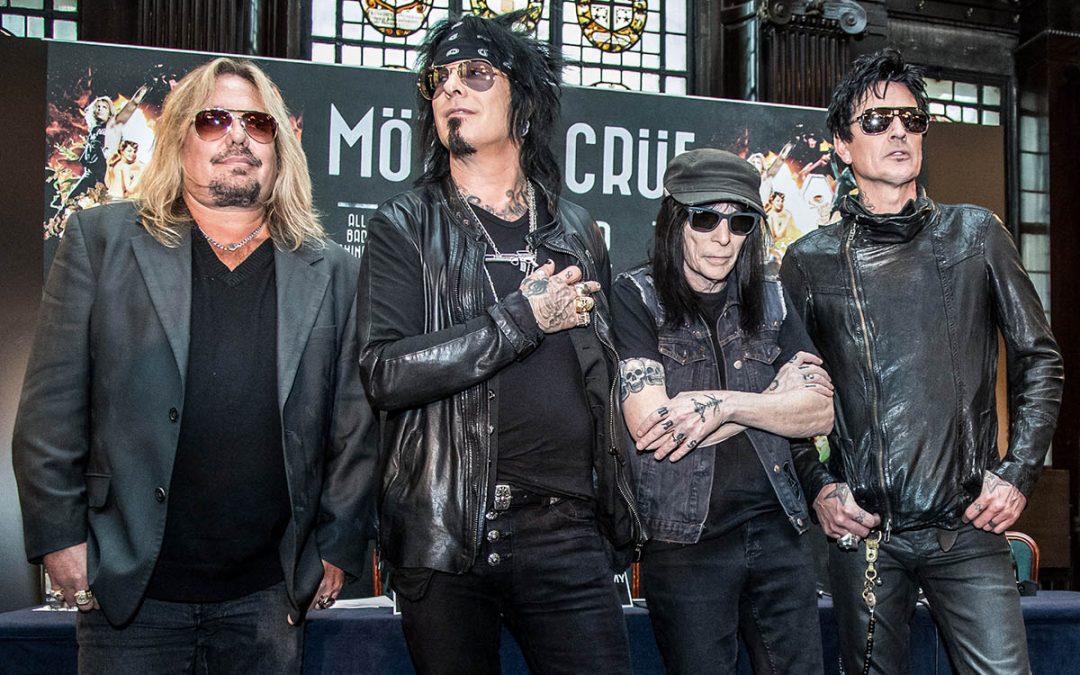 Motley Crue are “100 per cent planning” to reunite for their ‘The Stadium Tour’ next year. Nikki Sixx, the band’s bassist, has confirmed the group are still on track to hit the road in 2022.
In response to a fan who said they hope to see the ‘Home Sweet Home’ hitmakers on tour next year, Nikki wrote on Twitter: “We 100% plan on touring in 2022. See ya at the show. (sic)”
The hotly-anticipated tour – which is also due to feature Def Leppard, Poison, and Joan Jett & the Blackhearts – was initially due to take place last year, but it was then moved to this year, and now it looks likely to take place in 2022.
In October, Nikki admitted he is due to start training for the shows this month.
He said: “I start training in December. Now it’s down to hard work, getting ready, getting the band into rehearsal.
“We rehearse really hard because we will take a song like ‘Dr. Feelgood’ and while we’re building the show — let’s just say the show is … all the lights are moving, they’re green and they’re slowly moving — we’ll build a whole intro in and design the lights and the lasers around that.
“So it’s a long process and tedious. So we go to rehearsal and we might need to build in those 32 bars. And then we’ve gotta work with the lighting and the laser company.
“And then we’ve gotta make sure everything is organised so we get our count-ins for where we need to be onstage. So there’s so much going on.
“What I love is when people come to the show, they’re, like, ‘That lighting show was crazy.’
“And we like to make it so that you, as the fan, can come to the show and just the dig the show and not think about it.”
This comes after Motley Crue – who are also made up of Vince Neil, Tommy Lee, and Mick Mars – sold their entire catalogue to BMG for around $150 million.
The ‘Girls, Girls, Girls’ rockers said in a statement: “It feels amazing to be collaborating with our new partners at BMG.
Their extensive track record of success in rock made them the perfect home to continue preserving and growing our musical legacy, ensuring we always stay at the top.”