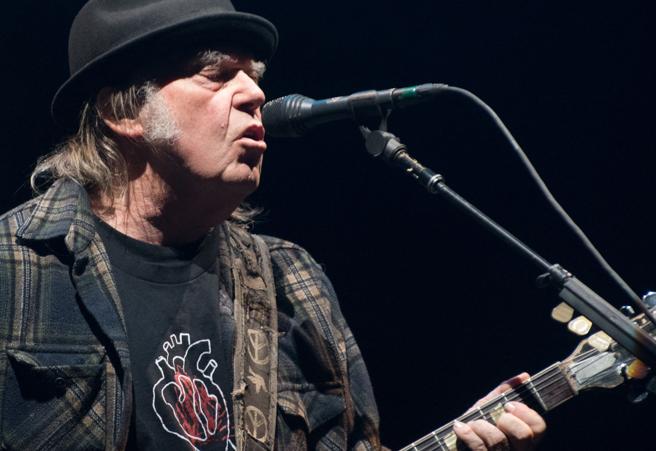 Neil Young has pulled out of playing this year’s ‘Farm Aid’ event over his ongoing COVID fears.
The 76-year-old music legend announced the news in response to a fan letter on his Neil Young Archives site.
It read: “I am not ready for that yet. I don’t think it is safe in the pandemic. I miss it very much.”
The veteran musician co-founded the yearly benefit concert to support American farmers and didn’t play 2021’s event due to his concerns about the pandemic.
This year’s event takes place on September 24 in Raleigh, North Carolina, with the line-up including Willie Nelson, John Mellencamp, Dave Matthews Band, Margo Price and Sheryl Crow.
Young has not performed in public since 2019 and he said in December 2021 he would refuse to tour until COVID was “beat”.
He said: “I don’t care if I’m the only one who doesn’t do it.”
Young urged promoters to cancel “super-spreader” gigs, saying in a blog post: “The big promoters, if they had the awareness, could stop these shows. “Live Nation, AEG, and the other big promoters could shut this down if they could just forget about making money for a while.”
It comes after Neil Young and Crazy Horse shared a preview of their album ‘Toast’, originally recorded by them in 2001 before being shelved.
Young says it is “an album that stands on its own in (his) collection”.
He said the record’s melancholy nature was one reason it never initially left the studio, adding: “Unlike any other, ‘Toast’ was so sad that I couldn’t put it out. I just skipped it and went on to do another album in its place. I couldn’t handle it at that time. 2001.”
Young, married to actress Daryl Hannah, 61, also revealed it was “about a relationship”, saying: “There is a time in many relationships that go bad, a time long before the break up, where it dawns on one of the people, maybe both, that it’s over. This was that time.
“The sound is murky and dark, but not in a bad way.”