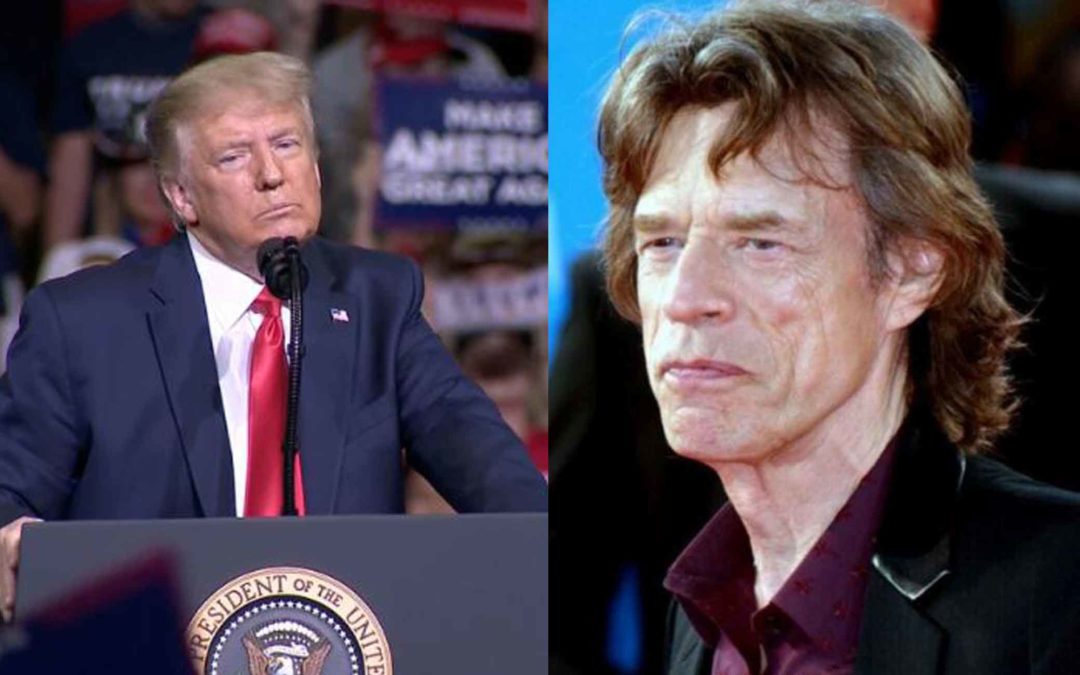 The Rolling Stones have declared they are taking ‘further steps’ to prevent Donald Trump from using their music at his Presidential campaign rallies.

The U.S. leader has ignored the previous cease-and-desist letters from the rockers, over the use of songs by the group, led by Mick Jagger. A representative of the Stones has now issued a statement, insisting, “This could be the last time Trump uses any Jagger/ Richards songs on his campaigns.”

In the announcement on Saturday, the band stated that their legal team and performing rights organisation Broadcast Music, Inc. (BMI) sent another warning to Trump’s campaign that, if the president continued to use the band’s music, he could face a lawsuit.

“The BMI have notified the Trump campaign on behalf of the Stones that the unauthorised use of their songs will constitute a breach of its licensing agreement,” the Rolling Stones’ rep added, continuing: “If Donald Trump disregards the exclusion and persists then he would face a lawsuit for breaking the embargo and playing music that has not been licensed.”

Despite previous warnings during the 2016 presidential campaign, Trump’s team still played the Rolling Stones’ You Can’t Always Get What You Want at the president’s rally in Tulsa, Oklahoma on 20 June.

According to the BMI, “The Trump campaign has a Political Entities License which authorises the public performance of more than 15 million musical works in BMI’s repertoire wherever campaign events occur.”

However, they told Deadline there’s a provision which, “allows BMI to exclude musical works from the license if a songwriter or publisher objects to its use by a campaign,” which the Rolling Stones plan to exercise.